Note from Sacred Raven Tattoo and Piercing Shop: My name is Enrique “Reek” Perez, I have been a professional body piercer since 2006. Throughout this ‘piercing near me‘ blog series, I will be touching on the most common questions that I have received in the last fifteen years of my career. Some will seem like basic knowledge everyone should know, and others will be a bit more niche and nuance. As you read this article, keep in mind that I do love what I do for a living and enjoy helping people that want my help. That being said, remember there are no stupid questions, only stupid people.

The short and quick of it is, yes they can, and let’s be real, I am the person you are paying to perform your perforating services so if I did say “No” you wouldn’t believe me anyway. That would be like believing the level 9 hottie at the local strip club actually thinks you are cute. It might be true but you know she’s working. Now that we have gotten the blunt answer out of the way, I must also say that it will ALWAYS depend on the individual, the tissue that is being pierced, the procedure that is getting done, and how you choose the right piercer to do your piercing. Not everything is the same, like comparing an earlobe to a micro dermal or an industrial bar to a genital piercing. And just like choosing a tattoo artist, not all piercings near me are the same either, with different levels of expertise and professionalism. Every piercer is different and you want someone who is an expert at your particular piercing. The nose piercing places near me search you found on google isn’t always the best place to get your nipple piercing because many perforate more noses and ears than specialty areas like nipples and genitals. So, when you’re considering if your piercings will hurt, you probably want to expand the question to include your specific piercing area. Read Below to learn the piercing pain level for each area of your body, your pain personality profile, and see the piercing pain chart.

Yes. Traditional nose piercing i.e. nostril piercing has a medium-high pain level with an uncomfortable pinching or pricking feeling, and a healing time of up to 3 months. Non-traditional nose piercings hurt more like septum piercing which involves going through cartilage. While the septum piercing can be more painful, always do your research before picking a Professional Piercer, because the best piercers will go through the softer space of tissue just below the septum, and this actually heals more quickly and causes far less pain or none depending on the type of person you are (read your pain personality type below). Remember, everyone experiences pain differently (read below to understand your piercing pain personality type).

No, eyebrow piercings are said to be one of the least painful body piercings with a low pain level and a short-term pinching pressure that resolves quickly. Eyebrow piercings can take up to 3 months to heal, with some discoloration and swelling around the area where your eyebrow is pierced.

Somewhat. Traditional lip piercing has a low medium pain level and is only slightly more painful than traditional ear piercing and nose piercings. 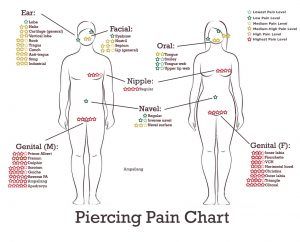 Whatever piercing you’re looking for, you want an advanced piercing specialist who’s advanced in the area of the body where you want your piercing. And the pain level of different areas of the body ranges because different tissues have different sensations, and some tissues hurt more or less (check out ‘Which Piercings Hurt The Most and Least (pain scale)‘ to gauge the different pain levels). The bottom line is: More often than not, the biggest factor is YOU! In my personal experience, there are three types of people that get piercings and they each seem to have a different reaction to whether piercings hurt:

The “nerves of steel” person.

This person will genuinely believe that nothing with a needle hurts, and often have already been through the process before. They enter the piercing room with big dick confidence, truth be told they may not have one, or one at all, but that is irrelevant. These people are in and out in a matter of minutes, they come in with one goal on their minds, get it done, and get going. The nerves of steel person doesn’t say whether it hurts, regardless of what surface they’re getting pierced. 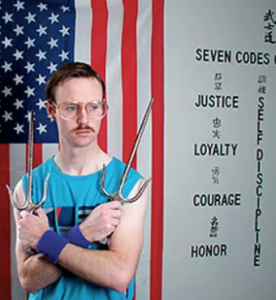 This person will usually have been wanting to get a specific piercing for months and today is finally the day. They may start filling out the release form, stop and ask out loud if they really want to do it, hesitate to actually walk into the piercing room, and will usually have me mark and remark the area in a feeble attempt to stall the inevitable. Their reaction is what you would expect from someone that thought they were going to get blasted with a 45 to the face, only to find out once their eyes open that it was a nerf dart to the shoulder. They will usually give me a look of confused disappointment, an out-loud laugh of how embarrassed they feel, and a rush of excitement when they see their new body jewelry that they have been visualizing since the new year. Truth be told, the great majority of people that I work with will fall into one of these two archetypes.

Lastly, there is the “Drama Queen/ King” person. 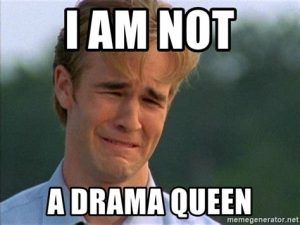 They outwardly display all of the same pre-piercing characteristics of the “Oh, wow. That’s it?” with a few key differences. The Drama Queen/King always needs an audience. This will more often than not be a best friend, cousin, mother, or drinking group. If, by chance, they did come alone, fear not for they will quickly pull out their cell phone and begin to face time anyone they can get ahold of. If this path is taken, the phone will usually be on speaker and camera faced so that their audience can get a front-row seat of the “torture” to come. From there, the experience becomes somewhat of a-rhythmic-dance, by that I mean that I will usually have to take a step forward and then step back for somewhere between 10 to 15 minutes. What song is playing? I’m glad you asked! Some of the classics include “ok, go ahead, WAIT!”, “No, but seriously, 1 to 10 how bad is it?”, and my personal favorite “you can keep the money, please don’t kill me”. At this point, the audience will get tired of the playlist and be encouraging by offering a hand to hold, or go the opposite direction and turn on the Drama Queen/King like a bad singer on show night at the Apollo. Eventually, the piercing will get done and they will hold the piercing like a ginger child, ready to protect it from the evils of the world. Sometimes they will swear to never do this again or begin to verbally assault themselves for being stupid enough to do it in the first place. Oddly enough, I will see these people again a few months later and the process begins anew. “BUT REEK”, you may ask, “don’t you just hate those people? Why would you pierce them again?” and though this may be a perfectly logical question for someone new to this, remember, I’ve been doing this for fifteen years. I’ve been punched, kicked, bit, scratched, been drooled on, squirt on, and had my ears ringing from someone letting loose a scream that would make Sindel from Mortal Kombat jealous.

I’ve experienced all ends of the spectrum and based on that, most people don’t think they hurt that bad and many are often shocked at how smooth the process can be. Yes, some people don’t do well with piercings and will stop at the one navel or nose piercing they always wanted but a lot of people find a new way to express themselves through body piercings and are willing to deal with a little discomfort and healing to get the aesthetic they want. And if I’m being honest, I often have the most fun with the people that are scared the most, it’s when I get to truly be myself and comfort someone or make them laugh to distract them from what has them so nervous. Yes, I may end up in the piercer stance (imagine a bored praying mantis) for 20 minutes with a sore thumb from holding a needle but if at the end of it my client has a good experience and a story to tell when they leave, then that is a success to me. So, do piercings hurt? I don’t know, why don’t you come down and see me and we find out together. 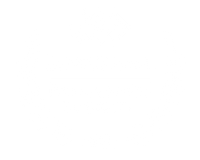 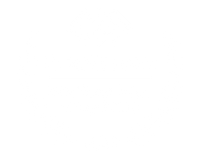